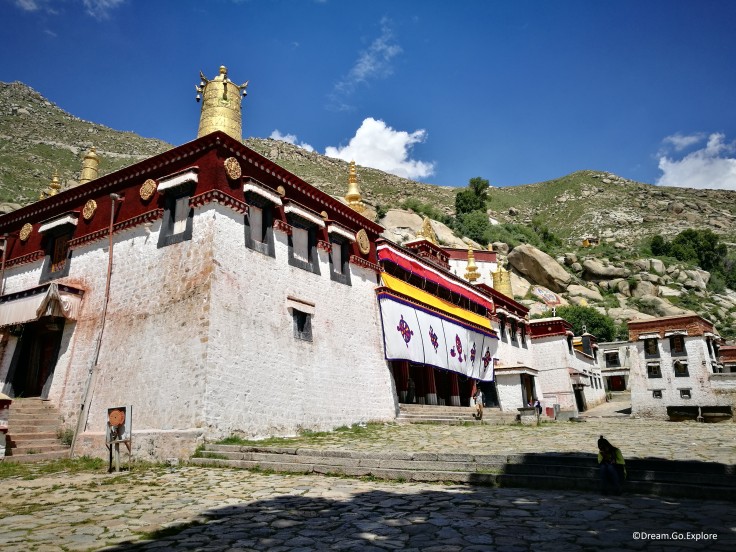 When entering the Sera Monastery, we already can hear chatter, clapping and stamping of feet. The Sera Monastery, which is located about four kilometres outside of Lhasa, is one of the three most famous monasteries in Tibet. It is dedicated to the Gelugpa or Yellow Hat Sect, a branch of Tibetan Buddhism, founded by Tsong Khapa. Jamchen Chojey, one of Tsong Khapa’s disciples built it in 1419 during the Ming Dynasty (1368-1644).

The monastery was named Sera which means wild rose in the Tibetan language, because the hill behind it was covered with wild roses in bloom when it was built. All buildings of the monastery complex are constructed in such a way that smaller chapels branch off from a central hall. Other prayer rooms are located on an upper floor. On a hill visitors can find the most spectacular building of the…